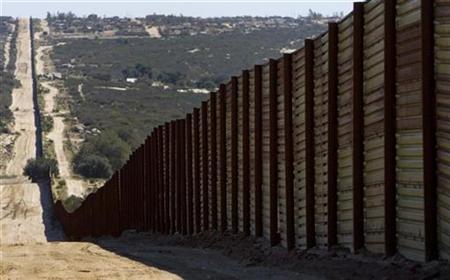 One of the hot topics in the U.S. presidential campaigns was what should be done with America’s illegal/undocumented immigrants, and President Trump repeatedly promised that a wall would be built between Mexico and the U.S. Before Trump, both Presidents George W. Bush and Barack Obama both recognized the need to secure the border and limit illegal entry into the U.S. by foreign nationals Through the U.S.-Mexico border.
There are entire books and treatises on this topic, documenting the business that smuggling has become, of journeys of people from South America and the Caribbean traversing thousands of miles, just to get to the U.S.-Mexico border and how many of them were exploited or left for dead. The situation on a humanitarian level is tragic and untenable, and that is just on the “other” side of the U.S. border.
From the Trump Administration’s perspective, building a wall is a great infrastructural project which would require voluminous American workers to be hired to undertake and complete the project which would be akin to the 21st century version of the Great Wall of China. Leaving aside whether the actual completion of such an ambitious project would even be reasonably feasible, I would argue that the main justification for building the wall is flawed, and that is the belief that it will somehow solve the U.S.’s illegal immigration problem. 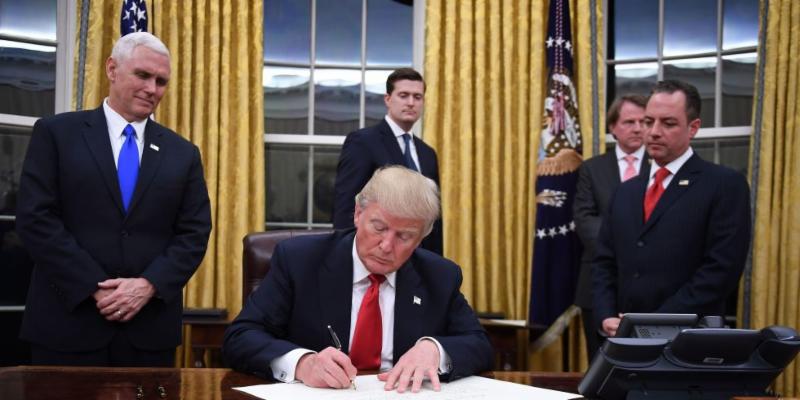 On January 26, just one week into his presidency, President Trump signed an executive order entitled “Border Security and Immigration Enforcement Improvements,” as his first concrete step  to deliver on his campaign promise to build a “big, beautiful wall” along the southern border with Mexico.
What are the supposed problems caused by illegal immigration? How can Trump’s wall solve these problems?

(1) Illegal immigrants use up state and federal resources without contributing to the economy – Estimates are that illegal immigrants with children do apply for welfare at a higher rate than U.S. citizens, so this could be true to a certain degree, except that many illegal immigrants do pay their taxes, and The truth is that undocumented immigrants contribute more in payroll taxes than they will ever consume in public benefits.

In addition to that, illegal immigrants contribute to the U.S. economy in a much more impactful way: Labor. In 2012, researchers at the Cato Institute estimated that a mass deportations policy would reduce economic growth by around $250 billion per year. 5% of the U.S. labor force is made up of illegal immigrants, working in jobs that are oftentimes underpaid, thus creating an additional “invisible” profit margin for employers which would disappear if they had to hire Americans.

Building a Wall would somehow help solve the issue of what to do with foreign nationals currently in the U.S. These are obviously completely separate issues. There is, in reality, no solution to what to do with all the people currently illegal in the U.S. due to sheer numbers and the fact that it currently costs the U.S. $23,000 for each person that is deported. Multiply that times 13 million people and….well it’s impossible.

Building a wall would somehow stem the flow of illegal immigration going forward. First of all, assuming the wall was actually completed, it would take years to do. Once the first new brick was laid the amount of people desperate to enter the U.S. would escalate, sensing that it is “now or never”. This would lead to an increase in illegal traffic and more chaos on the border. The cost that smugglers would rise, many more lives would be lost, but in the short term, the illegal immigration flow would go up drastically, and this would certainly outpace what the U.S. government would be able to expel from the U.S., thus increasing the overall number of illegal immigrants in the U.S. Second, it is a misnomer that all illegal immigrants gain access through the U.S. Mexico border.
The U.S. border with Canada is much more extensive than Mexico and is much more open than its Mexican counterpart. The Pacific Ocean, Atlantic Ocean and Gulf of Mexico provide a combined shoreline bigger than the U.S.-Mexican border, which can give seafaring intending immigrants access to the U.S. Lastly, many people from all over the world also enter the U.S. with legitimate documents (passports and visas) of other people and enter the U.S. that way as well. Building a wall might reduce the most common method of illegal immigration, but that is only ONE method and there are many more available which will then become more attractive and feasible alternatives.
So, does building a wall send a message that illegal immigration is not OK? Yes. Does it solve the U.S.’s current illegal immigration problem? Not in the least.

FacebookTwitterLinkedInWhatsAppTumblrPinterestVkEmail
We use cookies on our website to give you the most relevant experience by remembering your preferences and repeat visits. By clicking “Accept”, you consent to the use of ALL the cookies.
Cookie settingsACCEPT
Manage consent

This website uses cookies to improve your experience while you navigate through the website. Out of these, the cookies that are categorized as necessary are stored on your browser as they are essential for the working of basic functionalities of the website. We also use third-party cookies that help us analyze and understand how you use this website. These cookies will be stored in your browser only with your consent. You also have the option to opt-out of these cookies. But opting out of some of these cookies may affect your browsing experience.
Necessary Always Enabled
Necessary cookies are absolutely essential for the website to function properly. These cookies ensure basic functionalities and security features of the website, anonymously.
Functional
Functional cookies help to perform certain functionalities like sharing the content of the website on social media platforms, collect feedbacks, and other third-party features.
Performance
Performance cookies are used to understand and analyze the key performance indexes of the website which helps in delivering a better user experience for the visitors.
Analytics
Analytical cookies are used to understand how visitors interact with the website. These cookies help provide information on metrics the number of visitors, bounce rate, traffic source, etc.
Advertisement
Advertisement cookies are used to provide visitors with relevant ads and marketing campaigns. These cookies track visitors across websites and collect information to provide customized ads.
Others
Other uncategorized cookies are those that are being analyzed and have not been classified into a category as yet.
SAVE & ACCEPT
Go to Top